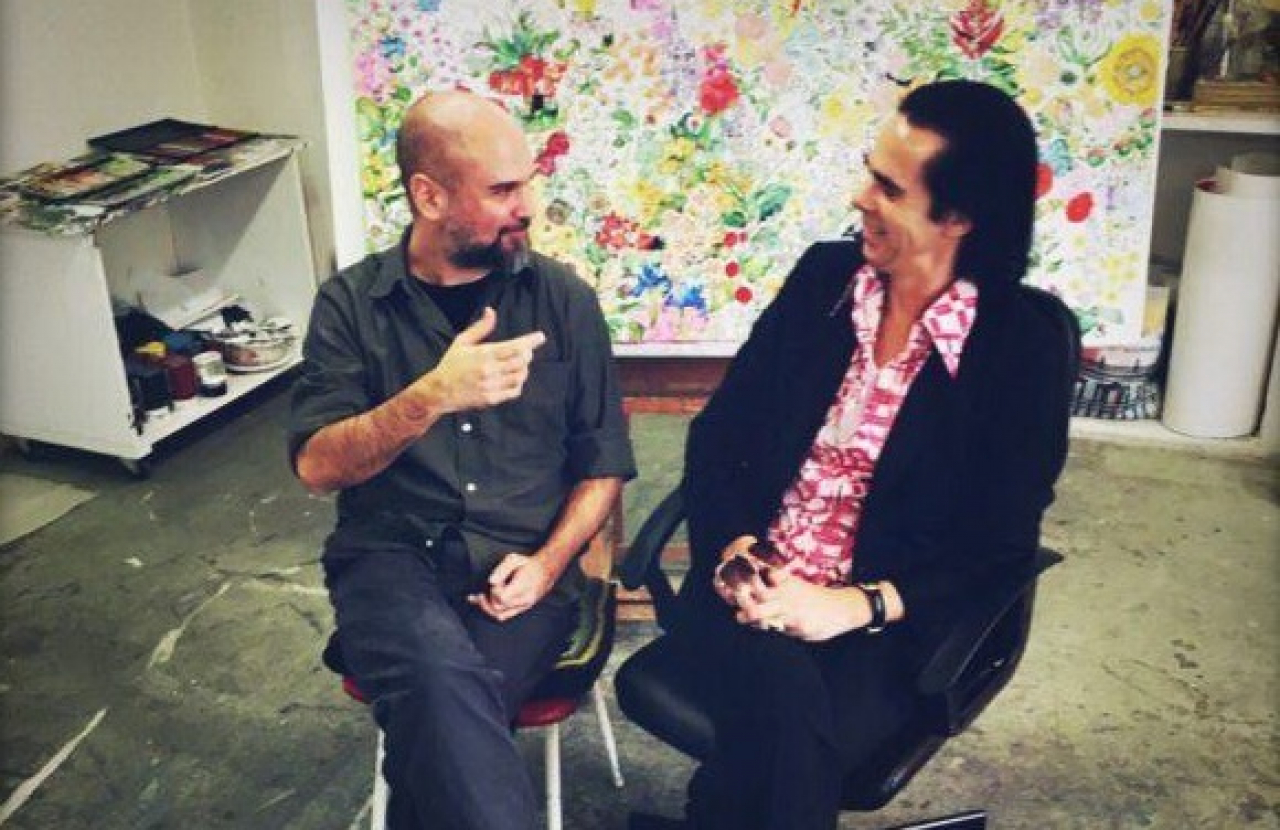 "A long time after my first hearing of «No More Shall We Part», I knew that the images that formed inside me when I first heard the songs of that album were still with me. And so, in 2015, more mature artistically, I decided that, for as long as it took, I would commit myself fully to the materialisation of an idea I had been developing for years: my aim was to attempt an entirely personal visual approach of «No More Shall We Part», creating fourteen paintings inspired by the fourteen tracks of the album – the original twelve songs and the two b-sides that were included in the limited edition release. Subsequently, I would very carefully transplant them into an art book, along with Antiopi Pantazi's embroidery, which I would then edit myself for publication." - STEFANOS ROKOS

The artistic approach of Stefanos Rokos to the album " No More Shall We Part" by Nick Cave & The Bad Seeds makes up a testimony of his personal proposal for a dialectic to be developed between two artistic forms- those of painting and song writing, which have all along constituted the very core of artistic expression and creativity. More information here: https://www.stefanosrokos.gr/no-more-shall-we-part/en/exhibitions/athens/