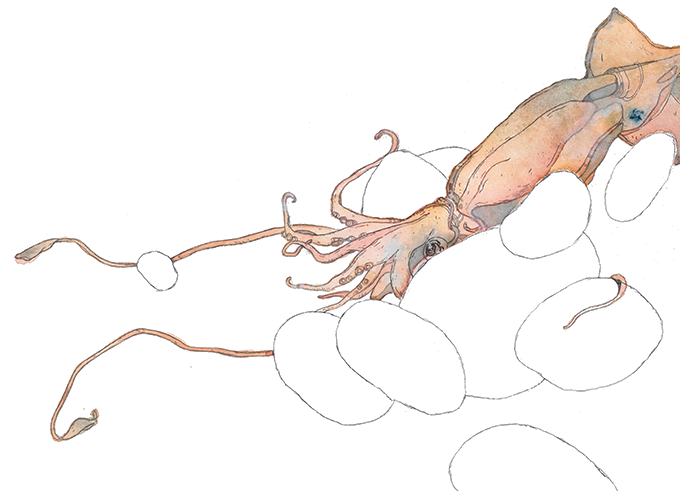 Since the release date of the musical compilation “Horror & Romance On Another Planet”, which accompanied my art exhibition of the same name, my mind has been seeking ideas for future events celebrating its anniversary. It’s something that I often catch myself doing – making long-term plans before I even finish what I’ve been working on. Of course, back then I couldn’t imagine that 10 years would go by so quickly, or that in 2020 humanity would be overwhelmed by an uncontrollable pandemic called COVID-19. Maybe I will have two children by then - that was just about all I could think of. And nothing has changed, Everything has changed David Bowie sings on “Sunday”, who has passed away in the last ten years since that time.

Therefore, from early on I was thinking of choosing 3-4 songs from the compilation’s original 18, and asking the musicians to rework them to release an EP vinyl celebrating 10 years of Horror & Romance. I wanted to do the same with the cover art, in other words do my own kind of remix, aiming for a new approach to the same subject, by featuring a new heroine who comes head-to-head with a squid instead of an octopus. A change so simple, but by nature carrying a different tone.

The major difficulty of the project was deciding which songs to choose, given that all 18 of the previous release have a special meaning to me. I love them all regardless, and no matter how many times I listen to them they always touch me and honor both myself and my paintings.

The Fiery Furnaces rearrange their 8-minute psychedelic epic, this time with Eleanor Friedberger on the vocals. I also like that “Another Romance on Planet Horror” in 2010 was the last recording released by the Friedberger siblings as The Fiery Furnaces before their break, and that today’s adaptation of the song coincides with their official reunion.

“Steven’s Dream” by Manolis Aggelakis becomes “Το όνειρο του Στέφανου” (To oniro tοu Stefanou), and gives the most personal touch to the compilation, with a piece that could be one of my visual works.

With the dance remix of “Between Atoms”, Krista Muir changes the tone of the original composition, which fittingly ended the compilation in 2010. A slow, sensitive, intensely emotionally charged song takes on a new twist.

A surprise on the release of “10 Years of Horror & Romance” is “The Lost Engine” by Pavlos Pavlidis, a song which Pavlos didn’t manage to produce in time when we were putting together the final material for the album’s mastering. It is therefore the missing track, the lost 19th unreleased song from the album and now is part of the project – altered and reworked.

I want to thank again all the artists and partners of the initial release, as well as everyone who supported this ambitious idea, the realization of which was for me one of the most important steps I’ve taken to best explore both my artistic vision and my love of music.

Today, ten years later, I am happy that we are still here, creating and being moved in different ways, even under such difficult conditions. Eleanor, Matt, Pavlos, Krista, Manolis, Manolis, Manolis, Chrisanthos, Constantina, Anastasia, Chronis, Despina, Chryssa, Aris, Kormoranos, Maria, Harry, Panagiotis, Manos, Ypatios, Theodore, Iro, Kostas and all the United We Fly team, thank you from all my heart. Maybe someday we can do something again for the 150 years of Horror & Romance. 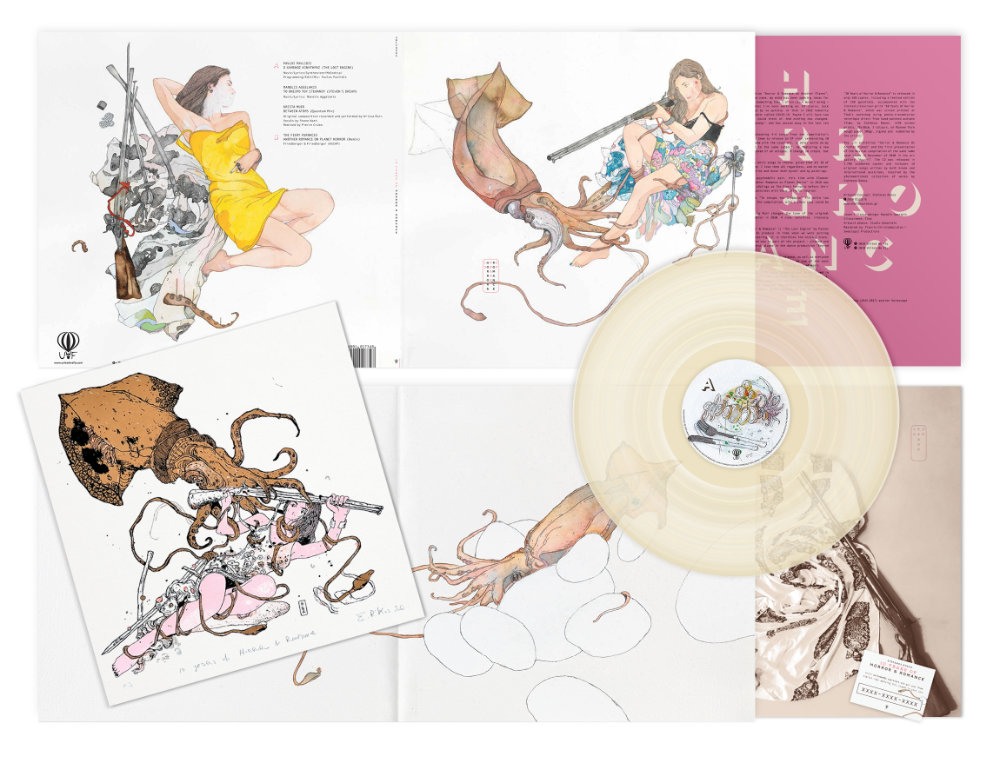 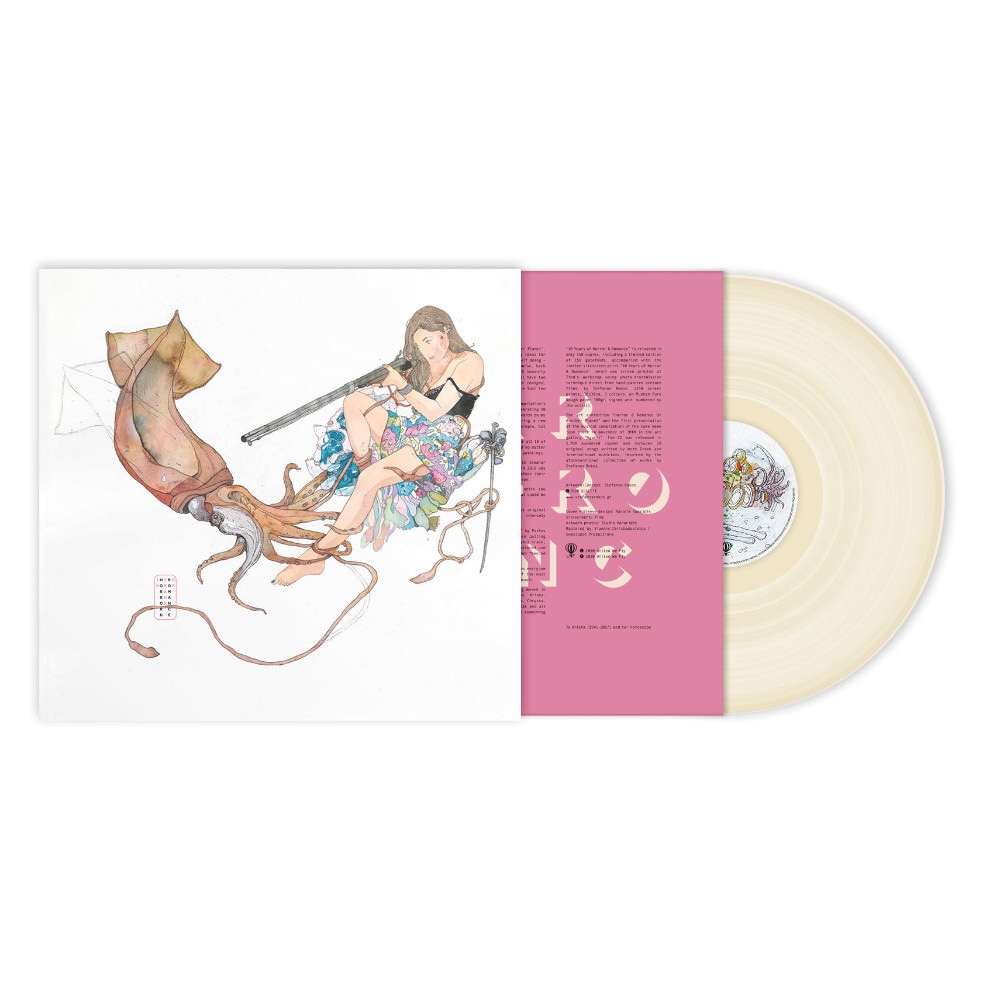 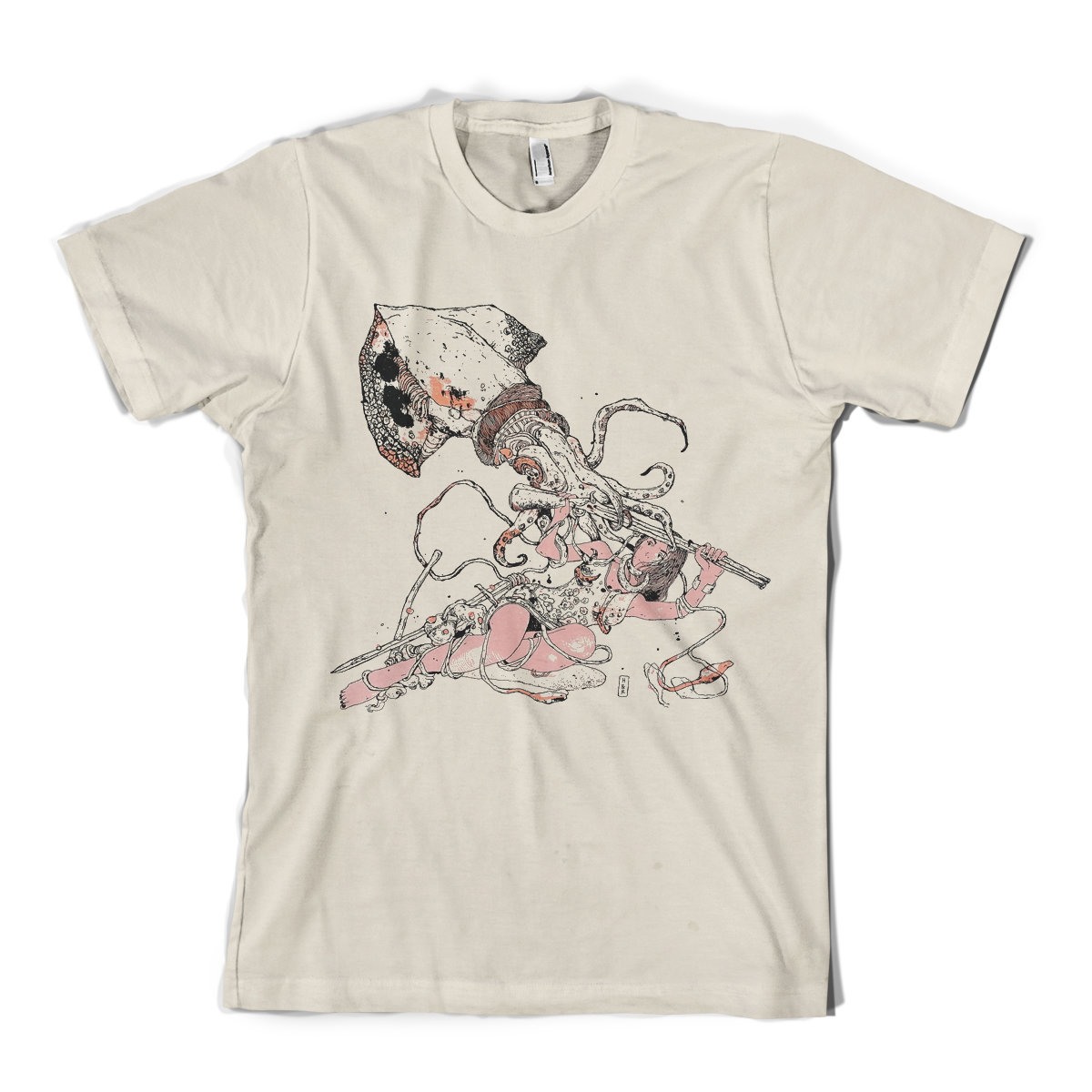 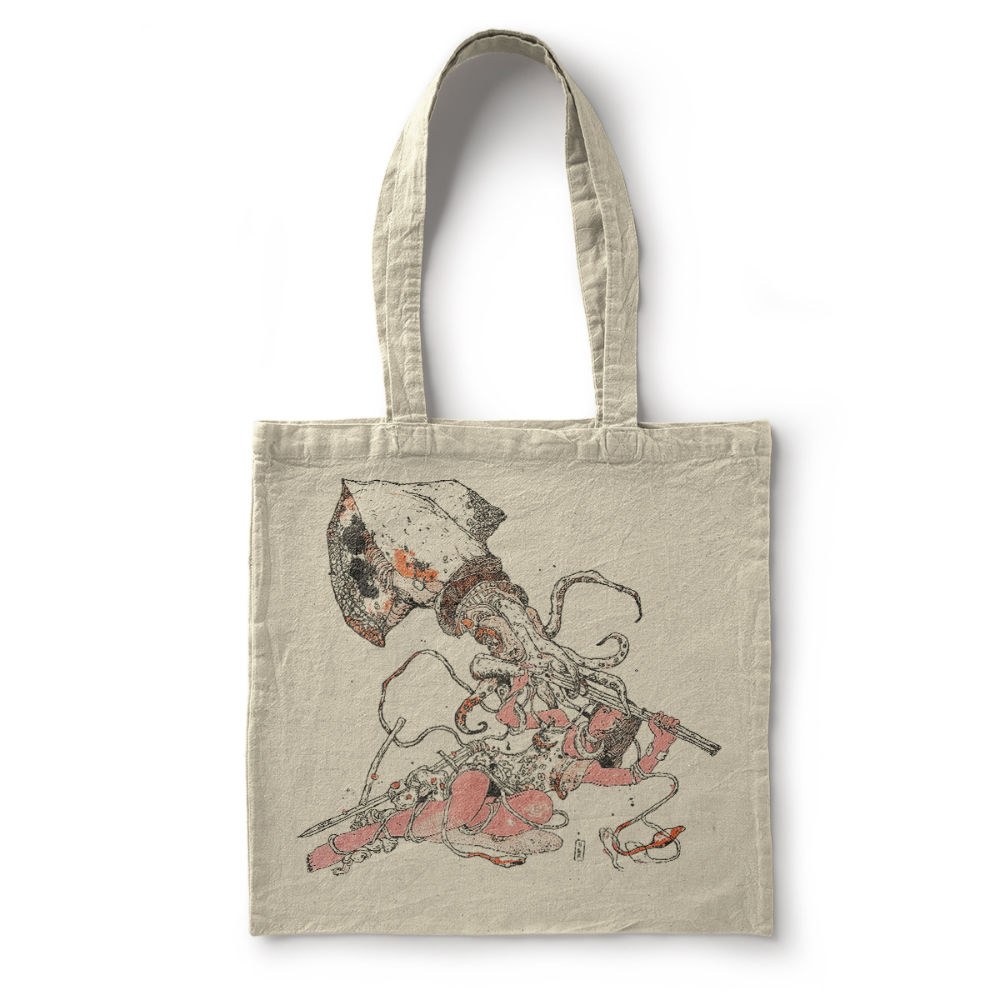 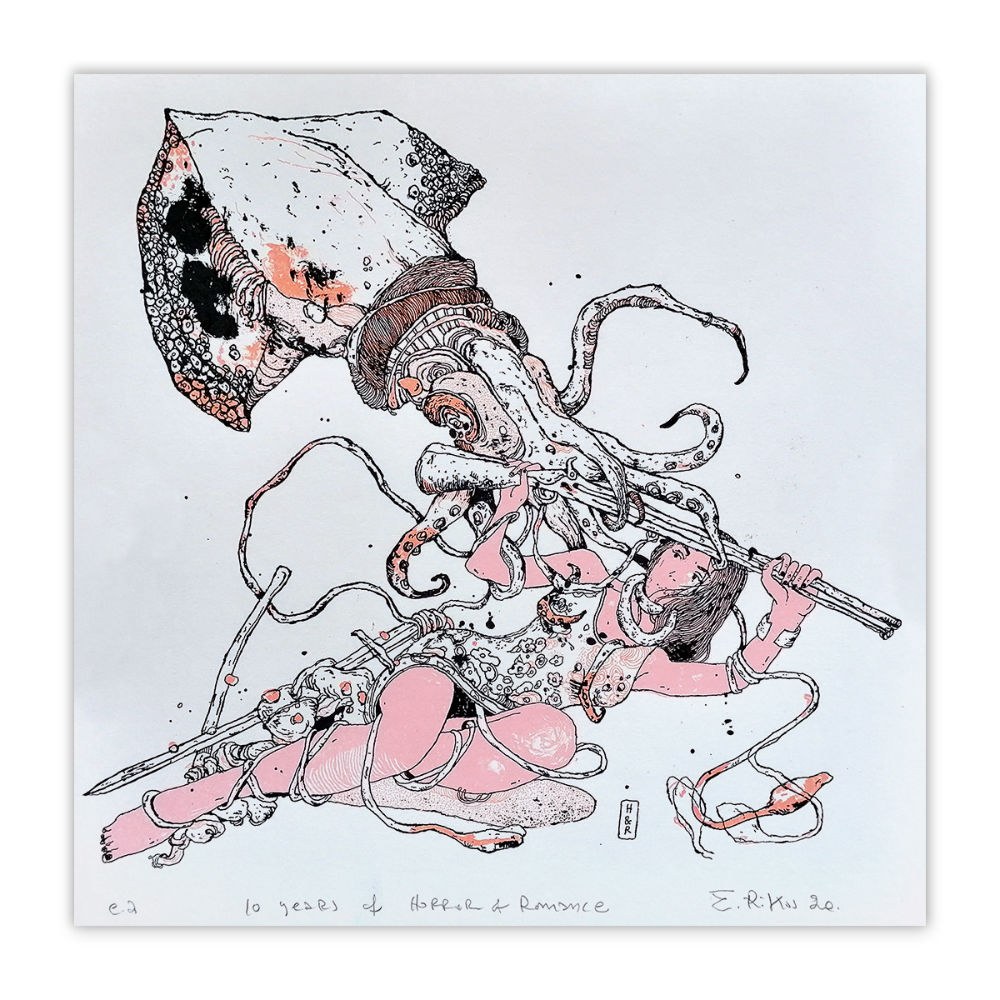 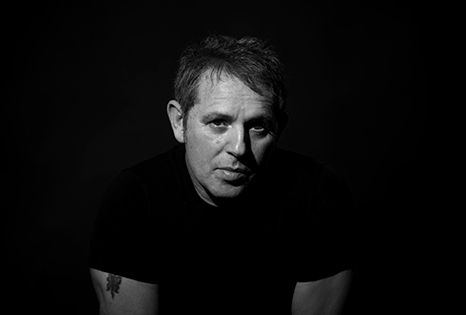 Pavlos Pavlidis is a musician, lyricist and singer.

From 1984 to 1988 he participated in the music band “Mora sti Fotia”. In 1992 he created the band “Xylina Spathia”, in which he participated as a singer, composer and lyricist. “Xylina Spathia” disbanded in 2003 and a year later, in 2004, he released the album "Afou lipon xehastika”. After the release of this album, he created the group “B-Movies”, with whom he performed and recorded until 2019.

The autumn of 2020 finds him with a new group of musicians. 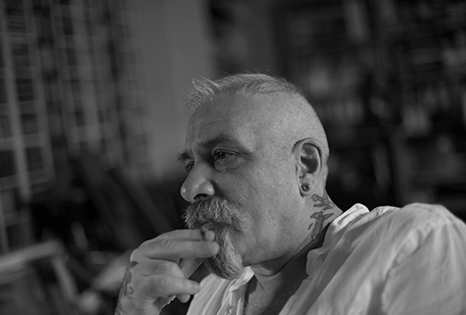 Manolis Aggelakis was born in Athens in 1961 and works as a musician, sound engineer and producer. He is a member of the bands “Illegal Operation”, “Appalachian Cobra Worshipers”,” Farwest Mandolinistic Orchestra”and “Manolis Aggelakis and the Beasts”. As a sound engineer and/or producer he has collaborated with several bands of the independent Athenian scene (Film, Invisible Surfers, Dury Dava , Teflon, Happy Dog, Swing Shoes etc.). 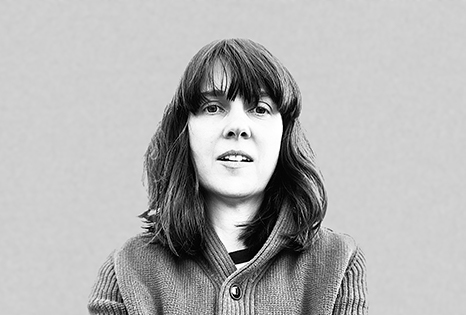 Krista Muir is a composer, performer, producer and multi-disciplinary artist whose music has taken her around the world. Current projects include the Chanson-O-Grammes custom song commission service and bilingual psychedelic yéyé band Les Chouettes. Maker of masks until the plague has passed. 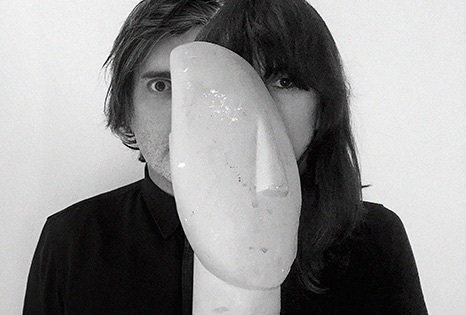 Eleanor and Matthew Friedberger formed The Fiery Furnaces in New York City in 2000. Their debut album Gallowsbird's Bark (Rough Trade Records) was released to critical acclaim in 2003. In the following seven years, they released eight more albums and toured extensively throughout North America, Europe, Australia and Japan. The band's last performance was nearly a decade ago at the Primavera Sound Festival in Barcelona. In the meantime Eleanor and Matthew have released eight solo albums, collectively. Their latest single "Down at the So and So on Somewhere" was released in June by Third Man Records and they are looking forward to performing live again. 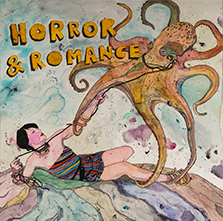 Horror & Romance On Another Planet

The art exhibition “Horror & Romance On Another Planet” and the first presentation of the musical compilation of the same name took place in November of 2010 in the art gallery “Agathi”. The CD was released in 1,700 numbered copies and includes 18 original songs written by both Greek and international musicians, inspired by the aforementioned collection of works by Stefanos Rokos.